On June 24, the city of Cusco celebrates Inti Raymi. In Inca times, this celebration in honor of the sun god, Inti, was the empire’s largest. Today, it coincides with Cusco’s peak tourist season. Thousands of travelers from near and far arrive to relive and experience the greatness of the Inca past.

“Inti” was the Sun god and one of the principal deities in the Inca religion. We know some details about the festival thanks to the 16th century chronicler Inca Garcilaso de la Vega, the son of a Spanish conquistador and an Inca noblewoman.

In Comentarios Reales de los Incas (1609), Garcilaso de la Vega wrote that Inti Raymi started in the 14th century by decree of Pachacutec, the leader responsible for transforming the Incas from a kingdom into an empire. The festival marked the occasion of the winter solstice and the start of the new year. For 9 days, the emperor and nobles from around the kingdom gathered for ritual ceremonies, including 3 days of fasting followed by music, dance, and drinking.

After the fall of the Inca Empire, Spanish conquerors forbade the celebration of Inti Raymi and other “pagan” rituals. In 1572, Viceroy Francisco de Toledo officially banned these Andean traditions in an attempt to eradicate pre-Columbian beliefs and to reinforce the evangelization of native communities.

Nearly 400 years later Inti Raymi reemerged thanks to the efforts of Cusco intellectuals and artists who sought to recover long lost indigenous traditions. In 1944, the Instituto Americano de Arte (IAA) organized the first reenactment of Inti Raymi. The event resonated and grew in popularity over the years until achieving its current status as the largest festival in Cusco’s cultural calendar. 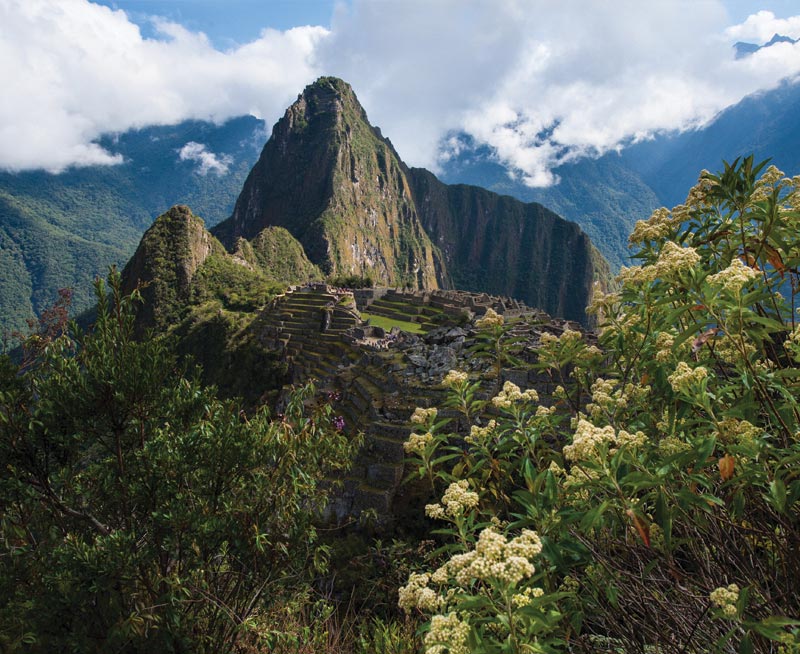 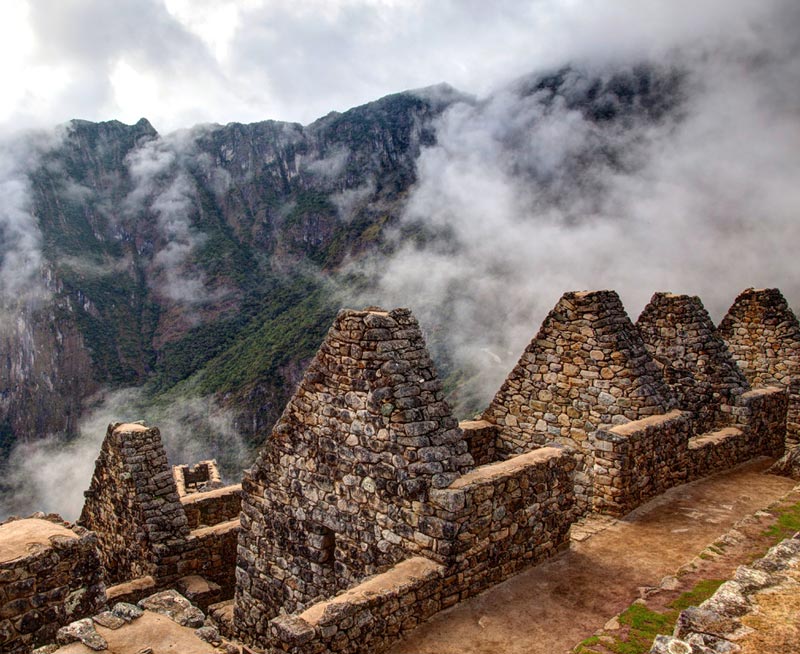 The Inti Raymi ceremony is performed on three stages.

On the morning of June 24th, the actor playing the Inca emperor emerges upon a black, semicircular Inca wall in front of Santo Domingo Church to greet the sun and a crowd of onlookers.

The wall forms part of the Qoricancha, the Inca’s “Temple of Gold” dedicated to the sun god Inti. In a gesture of conquest, Spanish colonists built Santo Domingo church directly atop Qoricancha using stones from the Inca temple. In 1950, a major earthquake demolished parts of the church to reveal the original Inca walls underneath. Today, the Catholic church and its underlying Inca ruins are popular stops along the city’s tourist circuit.

After greeting the opening ceremony, the Inca and his queen, Qolla, climb onto litters and are carried to the next stage followed by a vast entourage on foot.

In Inca times, the plaza was twice as large as its current size and it was called Huacaypata. Then as now, it was the site for the city’s most important festivals. The Inca arrives and climbs onto a faux stone pyramid erected atop the central fountain in the center of the Plaza de Armas. In a meeting between past and present, the Inca exchanges greetings with the mayor of Cusco before the procession continues. 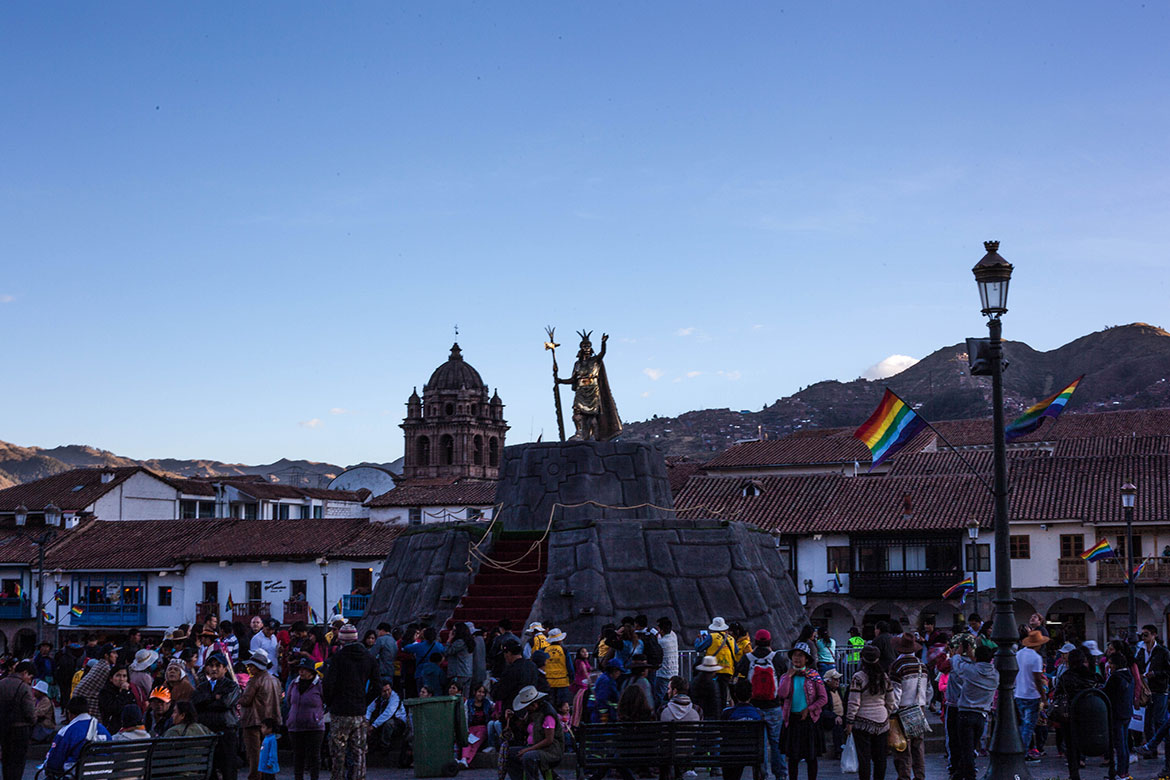 In the early afternoon, about 3.5 hours after the start, the procession arrives at the archaeological site of Sacsayhuaman where the main performance begins. Hundreds of priests, nobles, warriors, and maidens fill the esplanade and perform before an audience seated on bleachers and the giant zigzagging walls of Sacsayhuaman. The king speaks to Inti in Quechua and sacrifices are made to thank the sun god for its blessing. 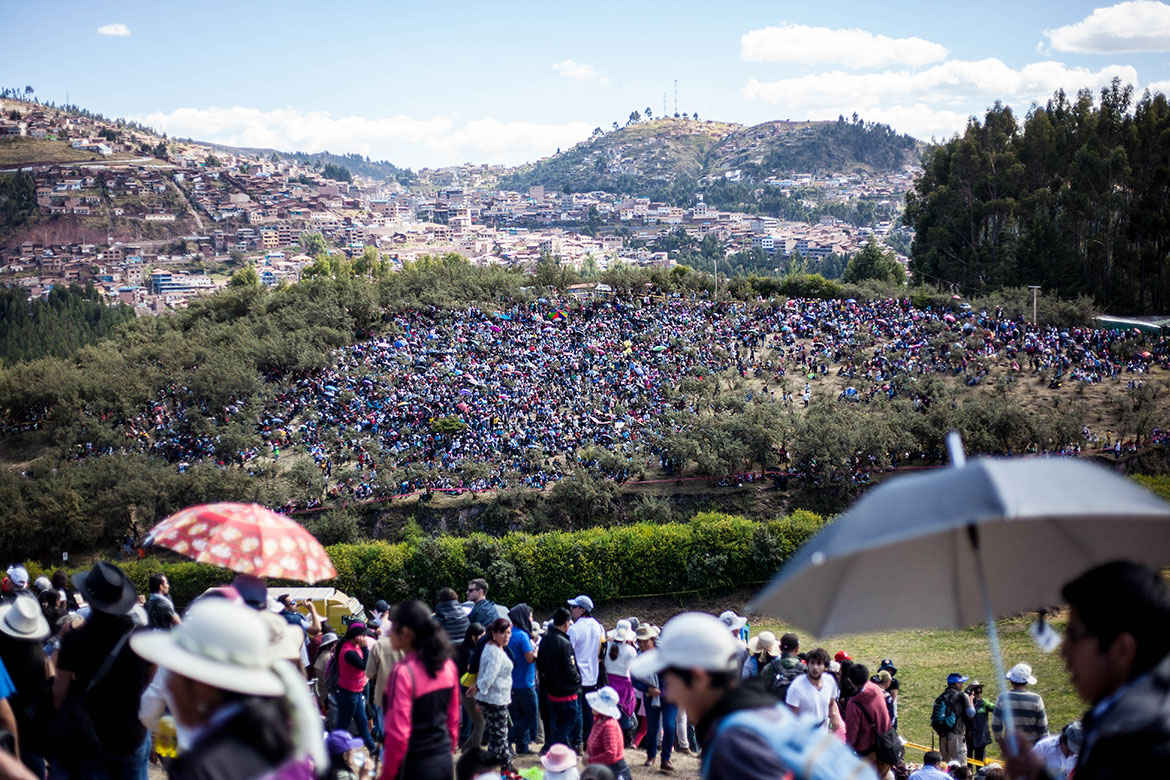 Inca Expert Travel can arrange to make Inti Raymi part of your trip to Cusco. Contact us for info.

Written by Anabel
Anabel is Incas Expert’s nomadic wordsmith. After 5 years on the road, she's developed a knack for making impromptu workplaces out of cozy cafes across South America. When not writing, she's probably out searching for the best food, coffee, and bookstores in town. 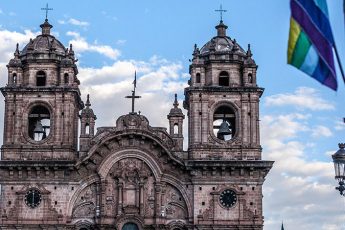 A quick guide to Corpus Christi in Cusco 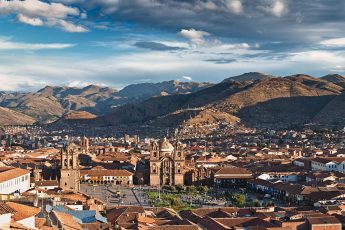 10 Most Incredible Things to Do in Cusco 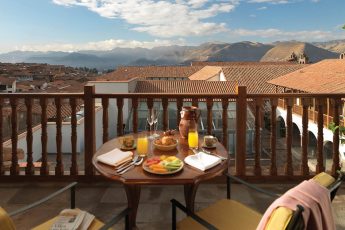