10 Essential Things to Do in the Galapagos Islands 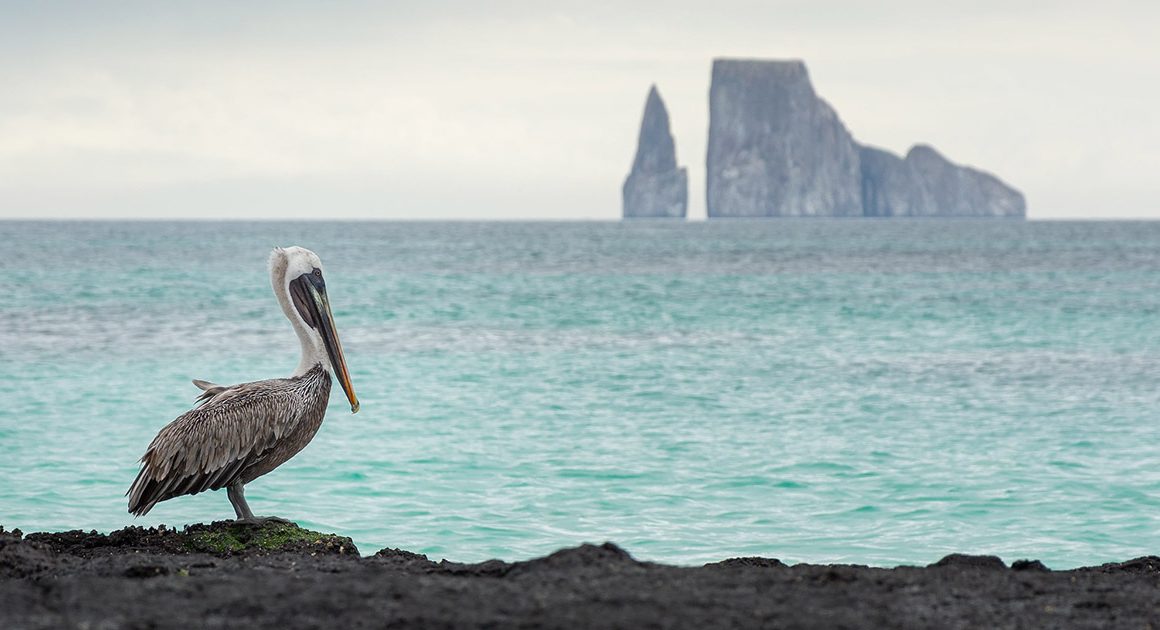 Over 500 miles from the mainland, the Galapagos Islands are at the very top of the list of must-see places in Ecuador. The diversity of species seen on the Galapagos Islands is rivaled by few places in the world. There are so many unique species of flora and fauna scattered across the archipelago that to ask which are the best Galapagos islands to visit would be unjust. Instead, we have put together our list of top things to do in the Galapagos Islands that are sure to entice all types of travelers visiting a range of islands.

Just a few miles off the northwestern coast of San Cristobal Island is a towering rock formation called Kicker Rock, or León Dormido in Spanish. The remains of a volcanic cone eroded by the sea, the bold shape is quite impressive. The rocks are also home to colonies of blue-footed boobies and frigatebirds. And hidden beneath the dark blue of the ocean’s surface there is an incredible array of marine life.

If staying or passing through San Cristobal, it is well worth a visit out to Kicker Rock to snorkel. You will find sea lions darting this way and that, colorful crabs and marine iguanas wandering around the coral, cruising whitetip reef sharks, as well as sea turtles and eagle rays gracefully floating by.

Keep in mind that due to its remote location, visitors should be in good shape for open water swimming and getting in and out of a boat to snorkel; there are no parts of the rock formation to stand on to take a break. It is also possible to scuba dive at the site. However, it is a high-level dive because of the open water and strong currents.

Genovesa Island sits among the northernmost islands of the Galapagos archipelago and has been nicknamed “bird island” for obvious reasons. As evolutionary luck would have it, not many land mammals made it to Genovesa, allowing bird species to thrive and creating a birdwatcher’s heaven on earth.

There are two main spots on the island for visitors. The first is Darwin’s bay, formed by the caldera of a long extinguished volcano. The sandy coral beach and turquoise waters are not only scenic but also teeming with birds. You can spot frigatebirds, Nazca boobies, Galapagos short-eared owls, and swallow-tailed gulls. There are also many marine creatures, including rays and hammerhead sharks. The second is El Barranco, also known as Prince Philip’s Steps after a visit by the British monarch. The steep lava rock stairway leads to the nesting site for red-footed boobies and many other species. From the top of the steps, you will also get an incredible view.

Because of how distant it is from other islands, travelers are usually only able to visit this island as part of a cruise itinerary. Getting there will involve sailing overnight, which can get a bit bumpy and cause motion sickness. Once there though, you will have a fantastic adventure hiking and snorkeling on the island. 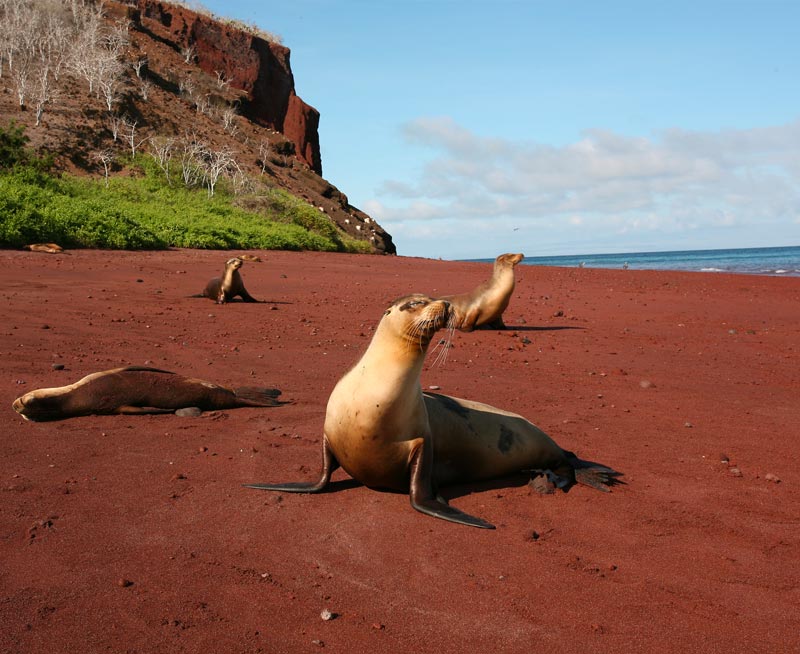 The Highlights of the Galapagos & Ecuador 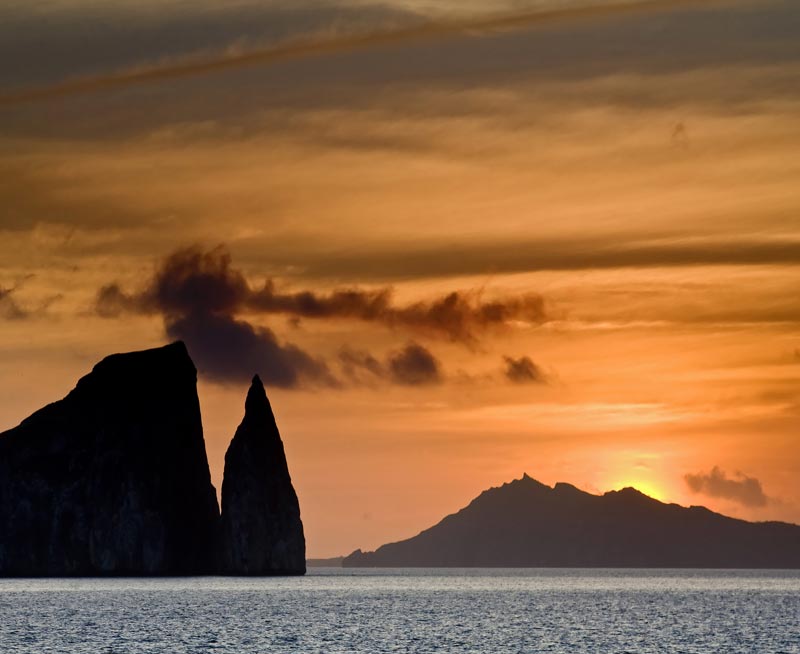 During the dry season from June to December, you can quite literally meander through a rainbow of colors on South Plaza Island. Prickly pear cactus trees dot the island with bright green, and the sea-purslanes that carpet the ground will turn red, orange, and purple. With gray rocks, the deep blue ocean, and the pale blue sky, the setting makes for any painter’s dream pallet.

Although a very small island (only 0.050 square miles), it is home to a large array of land and marine species. Red-billed tropicbirds and swallow-tailed gulls will nest on the island’s bluffs. It also has the largest population of sea lions, as well as a large population of Galapagos land iguanas.

Perhaps most intriguing for amateur zoologists, the Galapagos land iguana’s breeding season overlaps with that of the marine iguana’s only on this island. Because of this, South Plaza is the only place you will find a hybrid species of iguana.

Punta Carola beach is considered one of the best surf spots in the Galapagos Islands. Strong offshore winds can bring the right-breaking waves up to 10 feet tall, creating excellent conditions for surfers with a bit of experience.

For those looking for more challenging waves, La Loberia is also a great spot to surf just south of Puerto Baquerizo. This beach has a point break that goes both left and right in an A-frame shape.

If you’re not much of a surfer, there is still plenty to do in and around Punta Carola. On the way there, you can easily make a stop at the Interpretation Center on the edge of Puerto Baquerizo. Then you can hike to Cerro Tijeretas for a beautiful panoramic view of the bay below. At the beach, you can spot a number of Galapagos creatures on the shore, such as Blue-footed boobies and marine iguanas, or while snorkeling in the water, like sea turtles and sea lions.

5. Spot colorful schools of fish from a glass-bottomed boat

You’ve probably seen photos of glass-bottomed boats floating over idyllic aquamarine waters in many places all over the world. However, the Galapagos Islands is perhaps the most ideal place to fish-gaze from a transparent vessel.

The Galapagos has innumerable snorkeling spots that are teeming with schools of brightly colored fish of all shapes and sizes, as well as playful sea lions and tranquil sea turtles. For those that would prefer a less exhaustive way to see these creatures, glass-bottomed boats are a great alternative in many of these locations.

You can arrange a glass-bottomed boat tour if staying on the Galapagos Islands. Many cruise ships also offer the option during their excursions.

The Charles Darwin Research Center was inaugurated in 1964 to be a base for scientists to conduct research on the island and implement conservation strategies to protect the archipelago. Areas that are open to the public include an exhibition hall, gardens with native plant species, and a library.

There is also a breeding center where scientists are hoping to preserve the native Galapagos giant tortoise and marine iguana populations. Strolling through the open-air breeding center, you will see these creatures at various stages of their growth. The Charles Darwin Research Center was also home to the famous tortoise Lonesome George, who passed away in 2012 at the (approximate) age of 102.

The center is easy to get to when staying in Santa Cruz’s main town Puerto Ayora. It is a short walk or taxi ride from the east side of the town. Brick-laid paths and wooden ramps make the area accessible for many visitors.

Isabela is the largest Galapagos island and offers many interesting landscapes and wildlife spotting opportunities. It’s home to the Galapagos’ highest volcano, Wolf Volcano, as well as the most active volcano, Sierra Negra.

Something unique that Isabela Island also holds is an interesting piece of human history. Just over 3 miles away from Puerto Villamil are the remnants of a stone structure that locals today call el Muro de las Lágrimas, or the Wall of Tears. Prisoners of the island’s penal colony built the wall between 1945 and 1959. Locals claim that you can hear eerie cries emanating from the wall, which inspired the name.

You can rent a bike in Puerto Villamil and venture out to the haunted wall for an adventurous day trip. Along the way, you will pass many beautiful beaches, like La Playita and Playa del Amor, as well as mangroves. Just before arriving at the wall, you can scale the Cerro Orchilla lookout point. Other interesting sites close to town include the Arnaldo Tupiza giant tortoise breeding center and the Flamingo Lagoon.

You will find a number of shark species around the Galapagos Islands thanks to the convergence of various currents. These currents bring nutrients to the water and attract a variety of marine species.

A perfect spot for beginner divers to explore is North Seymour Island. Here you will see a number of colorful fishes, as well as a number of rays and hammerhead sharks. The island is located just north of Santa Cruz and is accessible as a day diving spot. Keep in mind that even easy dive sites require a PADI or SSI certification.

For more experienced divers, the best-recommended spots to see sharks are Darwin’s Arch off of Darwin’s Island and the aptly named Shark Point off of Wolf Island. Both dive spots are on the farthest edges of the archipelago and only accessible to liveaboard diving tours. Out in these remote locations, you will have the opportunity to dive in the midst of schools of hammerhead and Galapagos sharks. More impressively, divers that travel from May to November will have a higher chance of spotting enormous whale sharks.

You will find a peculiar letter mailing system on Floreana Island, one that involves no official post office nor stamps. Starting sometime in the 18th century, whaling ships would use the island for stopovers during their long voyages. At some point, the idea sprung into some bright sailor’s head to erect a barrel where passing ships could leave letters for vessels on different routes to pick up and deliver.

This way of delivering mail has survived to modern-day. Visitors to the island can leave stampless postcards and letters in a barrel, now decorated with driftwood, colorful messages, and keepsakes left through the centuries. They can also pick up letters to deliver to destinations close home.

Other interesting spots to visit on the island include one of the most peculiar Galapagos beaches, a green sand beach made green by the presence of ovaline crystals. Flour Beach where green sea turtles come to nest and a lagoon full of Galapagos flamingos are also worth a visit. However, it’s important to note that Floreana is probably the island most impacted by humans in its early history. It is now the focus of conservation efforts to restore various species, including the Floreana mockingbird.

10. Relax on the beach at Tortuga Bay, Santa Cruz Island

Tortuga Bay is a quintessential white sandy beach with bright turquoise waters. Black lava rocks are scattered on the beach here and there, as well as leafy green mangrove trees.

You should try to get there early, around 6 or 7 am, in order to see more active wildlife. But late sleepers, too, will be able to see sea lions napping on the sand and marine iguanas soaking up the sun. Park regulations don’t allow swimming at the beach. However, further down the shoreline, there is a cove where visitors can swim with a number of fish species and even sharks!

If staying on Santa Cruz Island, it’s easy to get to the beach. On the south side of Puerto Ayora, you’ll find the path entrance where you will need to check in with a guardian. Then follow the brick-laid path just 20 minutes and you’ll find yourself spilling out onto the soft expanse of sand.

Of course, there are many, many more interesting and exciting Galapagos activities you could include in your trip. However, it would be virtually impossible to fit all of them into a single vacation. (In fact, a typical Galapagos itinerary ranges from 4-8 days long). With so many unique things to see and do in the Galapagos Islands—on each and every one of its islands—there is truly no way to go wrong.

Not sure where to start? We can help with expert tips or putting together an itinerary!

Written by Rachel
Family trips abroad gave Rachel an insatiable taste for foreign languages and cultures. She has spent the past few years living and exploring both touristy and off the beaten path destinations in Peru and Ecuador. Her favorite pastimes are hiking and eating local, veggie-friendly cuisine. 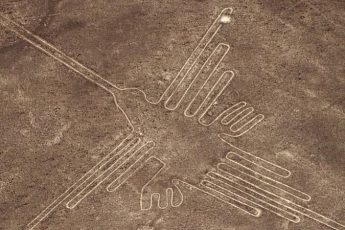 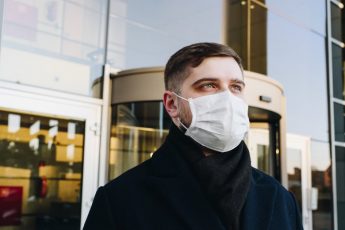 Coronavirus in Peru: The Essential Facts About COVID-19 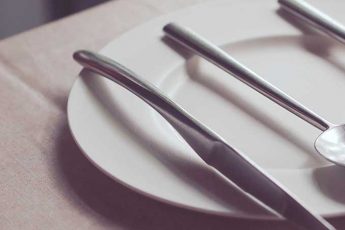